My friend liked her necklace so much that she asked me to make one for her friend. She wanted the exact one. And I was like — I can’t do that because I didn’t have all the same resources. I usually never do because I like to make each piece unique. It’s more fun to challenge yourself to do something different. The pendant I found came in a different color (antique silver) and hers was copper. So I was on the run trying to find all the materials I needed for this one. So they both have a different look to them. I hope she likes hers. 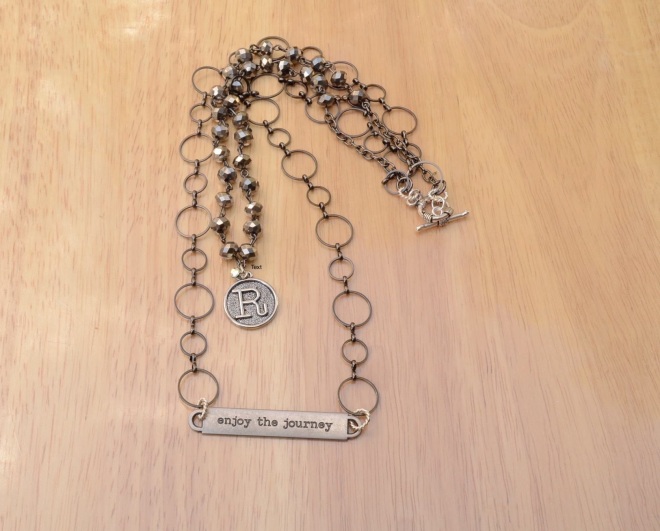 I still haven’t found a way to organize myself. 😦 Like my mom used to say, “Do you think I’m an octopus?” The house is cluttered with books, beads and other junk. And no one knows where the garbage can is (actually they do, because it’s always full and no one empties it).

Anyway, I made these lovely earrings for my son’s teacher. It’s always the  pieces I make for gifts that I want to keep for myself! ❤

End of the School Year

When my friend told me that she had breast cancer, it came as a terrible surprise. My mother-in-law bought a Dammit Doll for her niece and I thought that would be a great gift for my friend so she can let out her aggressions on a doll! So I went to Hallmark to buy one. They didn’t have it, but they did have Cancer Dammit Dolls, which was more awesome! Then I made a necklace for her.

If you want to get a Dammit Doll look for the link here. 50% of the profits go to cancer research. 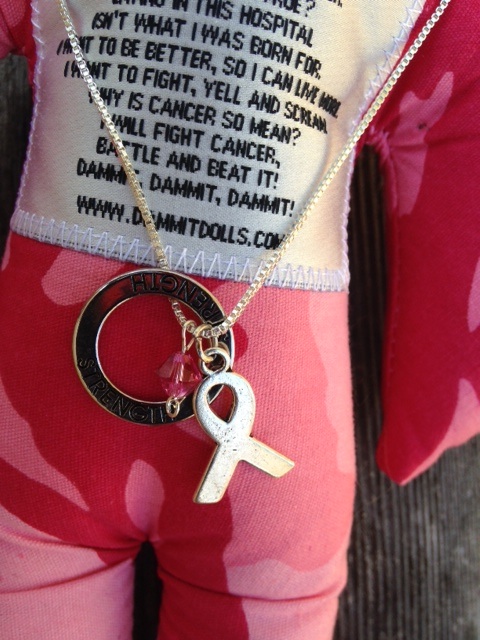 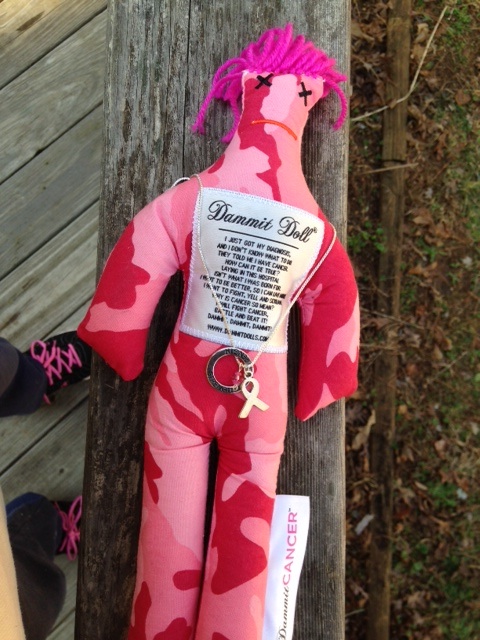 I almost didn’t go to the Intergalactic Bead Show, but at the last minute, I went. I spent way too much money and I found out something…

I went to the last booth of the day looking at ribbon. I told the woman I couldn’t decided which one I wanted (I figured out which one once I was home!). So she showed me a magazine called Bead It…Today. I told her I should be having a piece coming out in that magazine soon. She continued to show me ribbon (which was actually hers) that she sold to some artists who were using them in their jewelry. As she thumbed through the magazine, I saw my necklace!

I told her to stop and go back and there it was—my necklace! Finally! The editor and I went back and forth in e-mails and it seemed like eternity. I was so happy. Every time a customer approached, I told them that this was my piece! I know, I’m silly, but it was a moment. I didn’t know that the magazine came out.

After leaving the bead show, I went to the local mall’s book store, but they didn’t have it. -_- My husband text me and said they didn’t have it in Barnes and Nobel either. The woman at the bead show said she had a subscription of the magazine. So I guess it didn’t come out yet on the news stands. 😦 But nonetheless, I was happy that it got printed.

My necklace is also on their website, at least for the time being until next month. 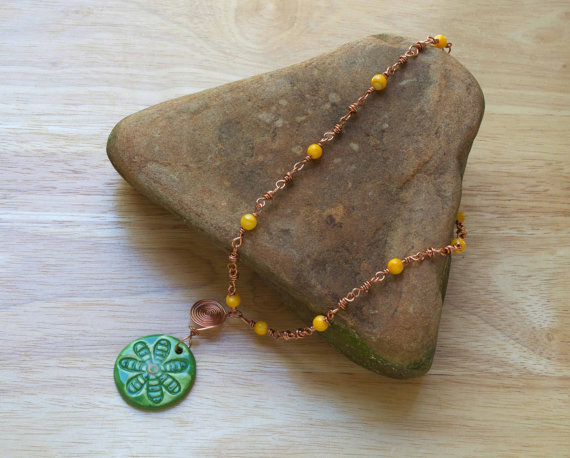 If you wear this you are. I found this pendant at Michaels.